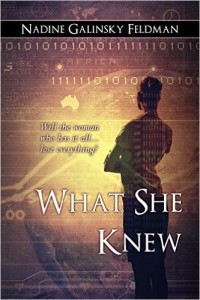 In the month of October, Amazon is celebrating indie authors through its “Powered by Indie” promotion, and I am proud to be one of them. If you’re an author who wants to participate in this month’s activities, there’s also a Facebook page for you to visit.

From time to time my traditionally published friends will ask me: why indie? Why not find a “real” publisher?

Many years ago I wrote When a Grandchild Dies: What to Do, What to Say, How to Cope. For a year I queried publishers but found no one, other than a vanity press, who wanted to take on the project. Why? In part, there weren’t other books to compare it to. At the time I found just one book on grandparents’ grief, and it was out of print. Publishers like it when there are other books to compare with. I can’t blame them. Publishing is a tough business, and I understand and appreciate the need to make good business decisions.

That said, I wanted grandparents’ grief to be recognized and appreciated. As I interviewed grandparents, the complexity of the topic surprised me. For some, it was the first time someone had really taken the time to hear their grief and pain.

Indie publishing allowed me to bring a much-needed topic out into the world to the people who needed it in a timely manner, and the letters I received from grateful grandparents and their families made it all worthwhile.

Switching to fiction has been more challenging. It’s not easy to find readers when so many people are doing what I’m doing. It’s hard to get heard above the noise, and I’m not comfortable making noise. However, indie publishing allows me to play with blending genres and to write exactly what I want. Yes, I work with an editor, and I try to produce quality work…but it may not be deemed “marketable” by traditional publishers.

I have nothing against traditional publishing, and as they say, never say never. However, as long as indie publishing feels fulfilling and enjoyable, I’m proud to be an indie author!

Congratulations for a job WELL DONE!!